The Institute of Chemical Physics of the University of Latvia (UL ICP) will spend the next four years researching innovative, unconventional, and environmentally friendly solutions for converting waste heat into electrical energy.

The research and innovation work will be carried out with the international project called “TRANSLATE” -“The Recycling of Waste Heat through the Application of Nanofluidic Channels: Advances in the Conversion of Thermal to Electrical Energy”. The project is a part of the Horizon 2020 FET Open programme.

“There is still a need for a new, innovative and environmentally friendly solution for converting waste heat into electricity that could be used to power mobile devices or charge batteries, for example.”

Innovative solutions to this problem will be sought by the TRANSLATE consortium – University College Cork from Ireland (project coordinator), University of Latvia (UL), Technical University of Darmstadt from Germany and partner company Cidete Ingenieros Sociedad from Spain, says Mr Erts. The project’s Latvian team leader explains that in the preparation and implementation of the project, UL ICP is working closely with the Institute of Solid State Physics at UL (UL SSP) and the main driving force behind the project are young scientists – doctors of physics Raimonds Meija, Jana Andžāne (UL ICP) and Gints Kučinskis (UL SSP). Raimonds Meija, TRANSLATE project member says:

“We, the researchers at the University of Latvia, are excited to start working on methods and devices for greener and more efficient energy storage in collaboration with our partners from Ireland, Germany and Spain. It is the collaboration with our excellent partners that will help to find a solution to this challenging problem.”

Currently, two of the most promising technologies for converting heat loss into useful electricity are solid-state thermoelectric generators and liquid electrolyte thermo-electrochemical cells, in which an electrical voltage is generated due to a temperature difference. Unfortunately, despite continuous efforts by scientists to improve such devices, their efficiency is still too low and their active substances are too expensive and environmentally harmful for widespread use in reducing or eliminating heat losses.

The main idea of TRANSLATE is based upon a theoretical study by the Technical University of Darmstadt, which showed that the movement of electrolyte ions in channels with a cross-section of a few nanometres and a temperature difference between the ends (so-called nanofluidics) is more efficient than any existing thermoelectric device.

The project consortium has committed to test this theory experimentally and to develop a fundamentally new nanofluidics device in which the flow of electrolyte ions through nanochannels (made of widely available and environmentally friendly materials such as silicon or alumina) would generate a stable and sufficiently powerful electric current that can be stored in battery-like cells, even when the temperature difference is a few degrees.

Thermoelectric devices produce electrical energy, but storing it is a separate task, so the high-risk project TRANSLATE will create a unique device that will both produce and store electrical energy. These two properties – production and storage of electric energy – would allow these devices to become power sources for autonomous devices such as microsensors.

In the project, the UL ICP will design nanofluidic cells with different channel lengths, diameters and surface properties, in order to find the most efficient combination of channel geometry and electrolyte chemistry, in collaboration with other partners. In addition, the UL ICP will study the thermoelectric properties of the nanofluidic cells and, in collaboration with the UL SSP, will test them with electrodes that allow the collected thermal energy to be stored into a rechargeable Sodium-Ion battery.

About the University of Latvia

More than 140 study programmes of the University of Latvia are accredited. Its 13 faculties and 21 institutes employ our country’s leading experts in the natural sciences, humanities and social sciences. The University’s goal is to become an internationally recognised European and world-class science university, contributing to the Latvian economy and sustainable development of society. 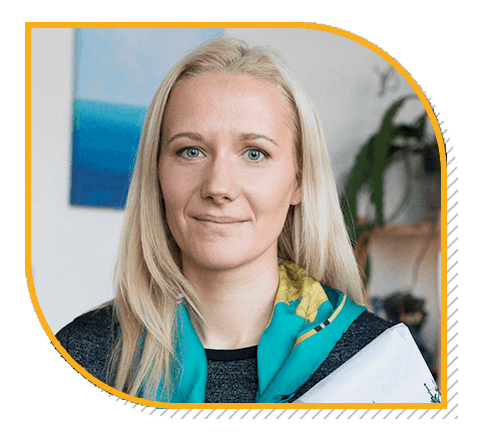 Institute of Chemical Physics, University of Latvia
See All Posts by this author