The idea behind TRANSLATE: A sustainable nano-porous platform to convert waste heat into electrical energy

Materials chemist and TRANSLATE consortium member, Dr. Subhajit Biswas, tells the story behind TRANSLATE, and how the idea went from blue-sky thinking to a successfully-funded EU project.

Here at the Materials Chemistry & Analysis Group (MCAG) at University College Cork (UCC), we’re always exploring new materials with novel morphologies and functions. In the last ten years, our group has tended to focus on developing and designing materials for microelectronics (e.g. MOSFET) and energy storage (e.g. Li-ion battery) devices. However, we’re also always aware of the importance of creating materials for a sustainable future. For example, can we create more efficient, low-cost, and reliable ways of harvesting renewable energy such as solar, thermal, and mechanical energy? It’s a huge industry already, so if we are to direct our research towards renewable energy harvesting it has to be something radically different from the status quo.

The idea of TRANSLATE was developed in a very short period. Back in 2017-2019, I was working with Justin D. Holmes, Professor of Nanochemistry and head of MCAG, on some selenide and telluride materials for resistive memory devices.  Incidentally, these materials are also predicted to be efficient for thermoelectric energy generators (TEG), which are waste heat harvesters based on the Seebeck effect.

So we reached out to collaborators who could use these selenide and telluride materials that we were already growing in our lab for creating thermoelectric devices. We got in touch with Dr. Kafil Razeeb who leads the thermoelectric energy group in the Tyndall National Institute. During many discussions over coffee and tea, Justin, Razeeb, and I briefly entertained the idea of developing 3D porous thermoelectric architectures to increase the thermoelectric figure-of-merit of materials such as tin selenide, silicon, and bismuth telluride, which are already popular with the thermoelectric research community.  But we were not 100% satisfied with this idea, as these materials are already widely researched and we knew that it would need to be a “blue sky” idea in order to attract research funding.

At this point, we thought “is it possible to create a highly efficient thermoelectric generator from sustainable and earth abundant materials such as wood or glass?” The materials that are currently most popular for TEGs are toxic and drawn from unsustainable sources. They also tend to lack the efficiency for commercial implementation. With this in mind, we explored the idea of using the movement of ions under a temperature gradient, instead of electrons and holes in a conventional Seebeck effect-based TEG.

Our initial thought was to develop a hybrid device that uses both electronic movement (in solid-state thermoelectric materials) and ionic movement (in an electrolyte) under the same temperature gradient. However, while entertaining this idea, we realised that it would be more interesting to build a highly efficient waste heat energy harvesting platform entirely from abundant and cheap material such as silica or bio-polymers infiltrated with electrolytes (i.e. liquid or gels with ions). In doing this, we would only rely ion movement under a temperature differential, in a process known as thermophoresis.

What next? Finalizing the idea

While pondering this, we came across a very interesting theoretical paper by Prof. Steffen Hardt from TU Darmstadt (Hardt et. al. Phys. Rev. Lett. 116 (2016) 225901). It predicts selective ion movement driven by a temperature gradient whenever an electrolyte is confined within the channels of nanoscale dimension. We were sure that if Steffen joined our TRANSLATE team, we would be much more likely to create a successful nanofluidic-based waste heat harvester. Luckily for us, Steffen was very much interested to take part in this experimental adaptation of his theoretical prediction. From Steffen we learned that the key enabler for achieving high energy conversion efficiency is the formation of a charged layer on the wall of the nanochannels. This electric double layer (EDL) is a diffuse layer of charge accumulation and separation at the interface between a surface (nanochannel wall) and an electrolyte in very narrow channels (of the order of 10 nm). An EDL results in the movement of ions to the hot (or cold) side of the porous material, giving rise to high thermovoltage in this novel device. The expected energy conversion efficiency of such a devices promises to be greater than that of the best current thermoelectric materials for low-grade heat.

Thus the idea for TRANSLATE was born in 2018-19, with Justin, Razeeb, Steffen, and myself as part of the team. However, a further expertise was needed to turn the idea into reality. For example, the high thermovoltages generated in this nanofluidic device would need to be stored and used in the proper way (e.g. a battery-like device). Thus, the team grew to include key external expertise in electrochemistry and charge storage devices from Prof.  Donats Erts (University of Latvia) and electrical measurement expertise from the Tyndall National Institute (led by Prof. Paul Hurley) and Spanish tech SME, Cidete Ingenieros SL. UCC Academy, an in-house consultancy of UCC, also joined to guide the project management and communications for TRANSLATE.

The idea of TRANSLATE was finally committed to paper in March 2020, as a proposal to the European Union’s Horizon 2020 Research and Innovation Programme, FET-Open. In November 2020, we got success! It is not very common to get funding in the first attempt to this highly competitive and prestigious call, and it was a hugely pleasant surprise for the TRANSLATE team. Celebrations were jubilant yet virtual, and the team is counting the days until a reunion allows a proper celebration of the success of TRANSLATE.

In the meantime, the TRANSLATE project officially started on 1st June 2021 and the team are hard at work planning, modelling and experimenting the development of these ground-breaking new waste heat to electrical energy conversion devices. 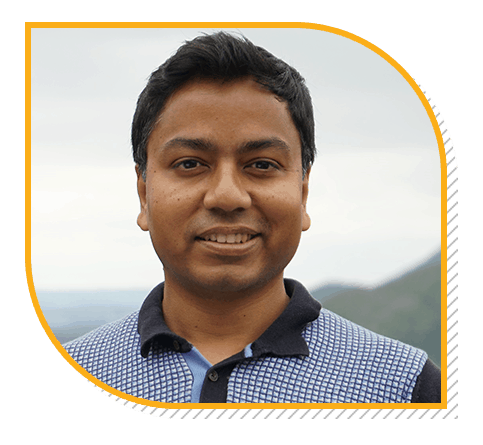