In this article, we introduce our partners at University College Cork’s Materials Chemistry and Analysis Group (MCAG), who coordinate the TRANSLATE project and are responsible for fabricating nanoporous materials infiltrated with electrolyte for thermovoltage generation.

The Materials Chemistry and Analysis Group (MCAG), led by Professor Justin Holmes, is primarily based within the School of Chemistry at UCC. The primary research focus of MCAG is to develop functional and sustainable nanomaterials and devices for electronics, optoelectronics, energy harvesting, energy storage, catalysis, and plastic recycling.

MCAG has published more than 400 research articles on the fabrication and surface functionalisation of nanomaterials, exploration of physical (including electrical transport in nanostructure) and chemical properties of nanomaterials and nanomaterial devices.

MCAG along with the help of Tyndall will perform electrical and thermoelectric measurements and contribute towards the fabrication and optimisation of the low-grade waste heat harvesting nanofluidic devices based on cheap and widely available materials such as silica, alumina, and cellulose.

The MCAG team working on TRANSLATE include:

Prof. Justin Holmes is Professor of Nanochemistry in the School of Chemistry at University College Cork (UCC). He leads the Materials Chemistry & Analysis Group (MCAG) conducting research on the development of chemical methods for synthesising and assembling nanostructured materials for electronic, catalytic, energy and environmental applications.

Prof Holmes is a Principal Investigator in a number of research centres, which include the Environmental Research Institute (ERI) and the Tyndall National Institute at UCC and the Centre for Research on Adaptive Nanostructures and Nanodevices (CRANN) based in Trinity College Dublin (TCD).  He is also A Principal Investigator and Deputy Director of the Advanced Materials and Bioengineering Research (AMBER) Centre, a Science Foundation Ireland funded centre that provides a partnership between leading researchers in materials science and industry, based in TCD and UCC.  He is co-founder and a member of the scientific advisory board for the UCC spin-out company Glantreo. Professor Holmes is a member of the Royal Irish Academy and a fellow of the Royal Society of Chemistry.

Dr. Ievgen Nedrygailov is a Research Fellow in the School of Chemistry at UCC. He works in the MCAG group led by Prof. Justin Holmes and conducts research on the development of new concepts for thermoelectric conversion of low-grade heat into electricity.

He received his PhD from the Department of Chemistry, University of Duisburg-Essen (Germany) in 2014. After completing his postgraduate studies, he took part in projects aimed at creating nanofluidic reactors for studying heterogeneous catalysis at Chalmers University of Technology (Sweden), as well as in the development of new methods for converting chemical and thermal energy into electricity in nanoscale heterostructures at the Institute for Basic Science (South Korea).

Dr. Kamil Rahme received his doctorate in 2008 from the University of Toulouse, France. Afterwards he joined the material and super critical fluid group directed by Prof. Justin Holmes at the Department of Chemistry in UCC, as Post-Doctoral Research Associate (PDRA) for nearly 2 years. In 2010 Dr. Rahme was appointed as Assistant Professor of Chemistry at Notre Dame University-Louaize (NDU) Lebanon, and promoted to Associate Professor in 2016. He also chaired the Department of Sciences, Faculty of Natural and Applied Sciences at NDU for two years between 2019 and 2021. Dr. Rahme rejoined the MCAG led by Pr. Justin D. Holmes as a Research Fellow member of the TRANSLATE project from September 2021.

His research interests are in nanoscience and bionanotechnology fields of applied sciences. He has a strong research background at the interface chemistry, physical chemistry and biology, and several published papers in multidisciplinary science international journals and conferences. Dr. Rahme is working on several topics such as: Functionalization of nanochannels for energy harvesting; Synthesis and dispersion of nanoparticles and alloys nanomaterials for applications in biology, electronics, and catalysis.

He is currently a Research Topic Editor for Frontiers in Drug Delivery Journal.

Anjali Ashokan is from Kerala, India and is pursuing her doctoral research in the MCAG under the guidance of Prof. Justin Holmes at UCC.

Her research work is focused on the TRANSLATE and NXTGENWOOD projects which involve the design of efficient heat to electrical energy conversion systems. The main aim of her research is to develop a nanofluidic platform to effectively convert low grade waste heat into usable electricity. The primary role of her research is fabrication, functionalisation and optimisation of the ionic nanofluidic harvester.

Anjali completed her Integrated Master’s degree in Chemistry from Central University of Tamil Nadu. During her second year of the IMSc degree, she was selected for the prestigious IASc, NASI, INSA summer research fellowship in the Inorganic and Physical Chemistry Department, IISc Bangalore. Here she worked on Synthesis and Characterization of GPx mimetics under Prof. G. Mugesh, IISc Bangalore. For her master’s Thesis she was working on organic electronics under Prof. S. Nagarajan, CUTN. In her master’s final year project, she was encouraged to carry out research on the Synthesis and Characterization of Symmetrical Diarylcarbazole for Aggregation and Nitroaromatic studies. In short, her foregoing research experience includes the functionalisation of nanomembranes for cost effective and efficient electrode material and its physiochemical characterization (XRD, SEM, FTIR, Contact Angle).

Rupa Ranjani P is from India and is currently pursuing her doctoral research in the MCAG under the guidance of Prof. Justin Holmes at UCC.

Her research work is focused on the TRANSLATE project which involves the design of an efficient heat to electrical energy conversion system. The central aim of her research is to develop a nanofluidic platform to effectively convert low grade waste heat into usable electricity. The primary role of her research is to work with electrolytes and measure various thermo electrochemical parameters.

Rupa completed a Bachelor’s degree in Physics and Master’s degree in Nanoscience and Technology at Bharathiar University, India. During her MSc degree, she was selected for a summer research fellowship program (SRFP) which was jointly organised by name renowned institutes of India such as IISc, NASI, and INSA. She received an excellent working experience in the electrochemical laboratory of Chemical Science and Technology Division (CSTD) at the National Institute of Interdisciplinary Science and Technology (NIIST), CSIR, Kerala, India. She learned to prepare and analyse efficient electrode materials for supercapacitor application under the guidance of Dr. R.B. Rakhi (UGC Ramanujan Fellow and Principal Scientist, CSIR-NIIST, Kerala, India). In her master’s final year project, she was encouraged to carry out research on the preparation of ternary chalcogenides inherited with abundant chemical functionalities for improvising the overall electrochemical energy storage performance of supercapacitor. In short, her foregoing research experience includes the preparation of cost effective and efficient electrode material, physiochemical characterization (XRD, FESEM, BET, FTIR), fabrication of symmetric supercapacitors and performing electrochemical analysis techniques (CV, GCD and EIS) to investigate the energy storage performance of supercapacitors.

The purpose of her research life is to develop new materials, enhance and tune the morphology and chemical functionalities of materials, and bring the necessary changes to improvise the performance of energy-based applications to help the sophisticated survival of the human community through material science. 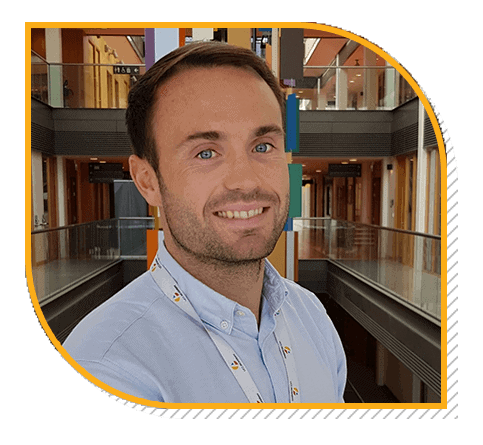